View page
US Patent:
6792707, Sep 21, 2004
Filed:
Mar 14, 2001
Appl. No.:
09/808552
Inventors:
Mark Setteducati - New York City NY,
International Classification:
G09F 1914
US Classification:
40453, 40725, 40900, 40219, 359831, 359834
Abstract:
First and second half or associated objects, in respective different sequential positions are aligned behind respective adjacent, first and second, inclined faces of an optical prism so that, when viewed at different angles alternately through a front face of the prism, images of the first and second half objects are seen alternately by transmission and total internal reflection at alternate faces, combining to form completed whole images of first and second objects alternatively, thereby providing an impression of animation by object movement. The half objects can be pictures of half of a same or similar face or person having respective different expressions producing a changing expression or hands producing a clapping effect. Written message portions associated with half objects can form a complete message/slogan when viewed at alternate angles. The optical prism can be solid or liquid filled and embodied in picture frames, domestic utensils or personal accessories/apparel.

View page
US Patent:
44403950, Apr 3, 1984
Filed:
Dec 11, 1981
Appl. No.:
6/329659
Inventors:
Joseph F. Hyland - Nokomis FL
Joseph J. Wetherell - Katonah NY
Mark Setteducati - Emerson NJ
International Classification:
A63F 300
US Classification:
273241
Abstract:
A variable geometric board game playable by two or more persons. The game utilizes the six sides of a cube as playing surfaces. The cube is constructed from articulated subcubes that can be rotated about each of three mutually perpendicular axes for changing the playing surfaces. Each of the subcubes has an aperture for receiving marking pegs in accordance with the game rules. The marking pegs are storable in a base unit which interlocks with the subcubes.

View page
US Patent:
56788223, Oct 21, 1997
Filed:
Jun 21, 1996
Appl. No.:
8/667709
Inventors:
Mark Setteducati - New York NY
International Classification:
A63F 100
US Classification:
273296
Abstract:
A deck of cards having front faces carrying indicia of playing values to and identical back faces each having a first end portion marked with a first image and a second, opposite end portion marked with a second image which is complementary to the first image and inverted relative to the first image so that so that the first and second images of overlying first and second end portions of different cards are aligned in the deck to provide an animated or kinematic effect when the deck is flipped. Front faces of each cards can also have first end and second end portions marked with complementary first and second images, respectively, to provide a kinematic image effect when the cards are flipped. At least three different, complementary images can be provided on respective front faces of different cards to form sequences of reciprocal actions so that exposure in any order when the cards are flipped provides a kinematic effect.

View page
US Patent:
45736839, Mar 4, 1986
Filed:
Nov 30, 1984
Appl. No.:
6/677094
Inventors:
Stewart M. Lamle - New York NY
Mark Setteducati - New York NY
International Classification:
A63F 912
US Classification:
273157R
Abstract:
An amusement device comprises a solid cube which may be disassembled into a plurality of blocks of differing geometric shapes wherein each of the geometric shapes is formed from one or more modular units. Each modular unit comprises an isosceles right triangular prism having a triangular face formed by two legs each of which has a length A and which meet at a right angle, and a hypoteneuse which has a length B, said modular unit having a depth which is equal to A, and a volume which is equal to C. Each of the differing geometric shapes is formed from one or more modular units and has a volume equal to an integral number times C, and the total volume of said solid cube is equal to 16C.

View page
US Patent:
54455650, Aug 29, 1995
Filed:
Feb 18, 1994
Appl. No.:
8/182935
Inventors:
Mark Setteducati - New York City NY
International Classification:
A63J 2100
US Classification:
472 57
Abstract:
A magic set comprises a valise containing a set of props, cue sheets and a series of illustrated sheets pivotally bound together. The case can be opened to support the sheets as an elevated, horizontally extending stack to form a stage. Successively uppermost illustrated sheets of scenery can be turned over by a magician to hang vertically from the front of the stage interacting with the illustrated sheet next uppermost to provide different scenes of a continuous magic show. Indicia marked on the illustrated sheets interact and interfit with props in the performance of tricks.

View page
US Patent:
53482204, Sep 20, 1994
Filed:
Mar 22, 1993
Appl. No.:
8/034725
Inventors:
Mark Setteducati - New York NY
Assignee:
Tenyo Co., Ltd. - Tokyo
International Classification:
A45C 112
US Classification:
232 1D
Abstract:
A savings box housing comprises a front panel with a transparent window and an opaque rear panel and light-opaque side panels extending from the front to the rear panels. The front and rear panels are disposed symmetrically with respect to a partition located in a plane extending across a central location of the housing interior to divide the housing interior into a front compartment on the window side and a rear compartment on the rear-panel side. A mirror extends over substantially the entire surface of a front side of the partition facing the window. A slide assembly consisting of two slides mounted in slots formed in the housing wall on respective opposite sides of the partition for receipt in the front and rear spaces, respectively, is provided in the housing for sliding movement between a first, coin receiving position, in which the slide assembly is withdrawn from the housing enabling a coin to be set on the slide assembly and, a second, coin depositing position in which the slides are received in the front and rear compartments, respectively, with the coin deposited by the rear slide in the rear compartment concealed during deposit behind the mirror surface and partition so that it cannot be seen through the window, providing the illusion that the coin has gone somewhere outside the housing or that the coin is simply missing.

View page
US Patent:
51745704, Dec 29, 1992
Filed:
Mar 29, 1991
Appl. No.:
7/677590
Inventors:
Mark Setteducati - New York NY
International Classification:
A63F 908
US Classification:
273155
Abstract:
An image transformation puzzle comprising a series of elements with image portions on respective front faces thereof successively linked together for incremental translational and rotational movement around a closed loop path between different positions in which image portions of different elements combine to form different composite images. Image portions of successive elements combine in one of the different positions to reduce the total number of composite images in that position producing a vanishing image effect. The elements may be formed as solid profiles of the image portions. 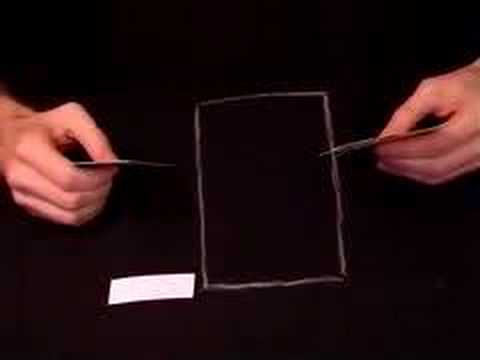 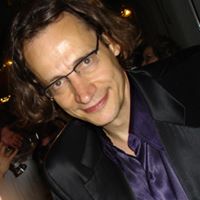