View page
US Patent:
5781378, Jul 14, 1998
Filed:
Jun 14, 1996
Appl. No.:
8/662246
Inventors:
Gary L. Heitkamp - Plymouth MN
Lee A. Northouse - Bloomington MN
Lyle G. Johnson - Mayer MN
Assignee:
Seagate Technology, Inc. - Scotts Valley CA
International Classification:
G11B 560
US Classification:
360104
Abstract:
A head gimbal assembly includes a gimbal having a first strut and a second strut and a crossmember connected generally between the first and second struts. A gimbal bond tongue has a first end connected to the crossmember and a second end extending from the crossmember. The first and second struts are generally parallel to one another and define a suspension axis. The first end of the gimbal bond tongue is offset from the suspension axis along the crossmember. A slider is coupled to the gimbal bond tongue and a transducer is coupled to the slider. 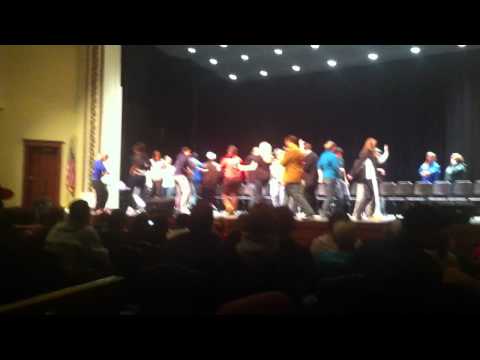 Gary Heitkamp, Alex Espinosa and co get down on the stage as part of t...